Meg Pelliccio Gaming Is it time for a new Sony handheld console?

Is it time for a new Sony handheld console?

Before you snort in derision and roll your eyes — hear me out.

Whilst Sony’s handheld consoles have had their pitfalls, I do believe that the PS Vita was (and still is) a great console and I’d love to see a PS Vita 2 announced. Don’t get me wrong, there were a couple of things that held it back from reaching its full potential. First and foremost, the memory cards; not only were they exclusive to the console so you couldn’t get third-party alternatives, but they were seriously overpriced! Yeah, they added in a slight bit of internal memory on the slim models, but still — you needed those memory cards and you seriously damaged your wallet in the process of getting one. If Sony had simply opted for something like an SD card, it would have been a lot easier for the consumer to obtain them at reasonable prices. 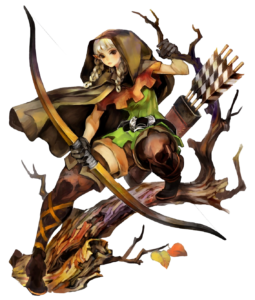 Secondly, I feel like the Vita didn’t get the continued support it deserved. The game releases dried up and damaged the longevity of the console’s life. I’m mainly talking physical releases, as the digital titles still came out relatively frequently, but the lack of presence of physical games in high street stores really diminished the awareness that people had of the console and it presented limited options for anyone who did eye it up with the idea of potentially buying it. So yes, I admit it had its flaws and I’m sure you can think of more to add to the list of issues.

That aside, the Vita had some great ideas. Let’s start with the back touch-screen — don’t tell me the use of that in Tearaway didn’t make you have a little “wow” moment, even if it was a novelty that few games utilised, and despite it becoming frustrating when you attempted to use Remote Play. Which is, of course, my next point — using your Vita to play your PlayStation 4 games on a second screen in the palm of your hands? Even away from home? Such a great idea! Too bad I never seemed to get it to work well enough to enjoy a game for any real length of time. Also, as previously mentioned, the back touch screen could really mess up your playtime when you accidentally tapped it.

One of my favourite features of the Vita was the “location-based technology” as Sony likes to phrase it. Prime example — Destiny of Spirits. I absolutely adored this game and it kills me a little inside that its servers were shut down. This beautifully illustrated turn-based RPG, which was free-to-play by the way, allowed players to discover and battle with different mythical creatures based on their location. Split into Asia, the Americas, and Europe, players would encounter spirits based on that location’s individual culture and lore. Special spirits lurked around popular landmarks, such as Big Ben in London, and you didn’t have to worry about getting stuck with your own region’s spirits as you could trade online with others to get new spirits too from all around the globe. Travelling real-world distances with your Vita in tow would also unlock new spirits; this thing was like a spiritual successor to Pokémon Go before Pokémon Go was even a seed of thought in Niantic’s mind.

Let’s also not forget the unfortunately under-utilised cross-buy feature. You could buy a game on one format, such as PlayStation 3, and then you would get a free digital copy for your Vita. Double win. Cross-save was more widely used, though not as appealing as “hey, here’s a free game”, but still very useful. Port your save across from the game you were playing on your home console and you could finish up your adventure whilst stuck in the car on your way to see Grandma. 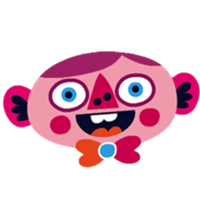 The PlayStation Vita had some really great exclusive games, Frobisher Says!, Tearaway, and Persona 4 Golden to name just a few favourites of mine. It also gave players the chance to take some of their favourite PlayStation 3 and PlayStation 4 titles on the move, even more so if cross-save was enabled, meaning that the fun didn’t have to end if your parents kicked you off the TV in the living room.

There was also the feature where you could use your Vita as an extra Dualshock 4 controller for your PlayStation 4. This wasn’t exactly a selling point for the console, but it was a nice added bonus if you purchased a PlayStation 4 when already owning a Vita, as you didn’t have to immediately fork out another £50 just so you could play co-op with a mate. Whilst you couldn’t shove your old discs or PSP UMD’s into the Vita, it did have backward compatibility to a degree where you could purchase and download some PlayStation classic and PSP titles and enjoy them at your fingertips!

Alright, so the Vita had its ups and downs, and whilst it still gets the odd digital release or limited edition run of a classic by a third party company, it is basically dead in Sony waters. Having said that, the Vita could evolve into something so much better and really have a shot at being a success. The Nintendo Switch has got everyone raving about mobile gaming again — people like this idea of playing games on the move, and not just the usual handheld releases, but games that you’d get on your home console too. If Sony learned from its mistakes and removed the flaws of the Vita, revived some of its best features and franchises, and made another attempt at joining the handheld market, I honestly think it could sell well.

There are so many great titles that have come out on PlayStation 4 that I think would have been great on a handheld console (Cat Quest, Moonlighter, Road Not Taken, and Donut County to name a few favourites), or even games that would have done better had they been released for handheld instead of the home console (Valthirian Arc: Hero School Story — you should never have been more than a mobile game). And if nothing else convinces you, we really need some more bang for our buck when it comes to PlayStation Plus, and having a couple of extra games for the latest handheld every month wouldn’t go amiss.

This article was originally posted to another website of mine, but I have transferred it over to keep it as the other site is closing down.

She's quite a bit bigger than I expected but absol

Forgot to post this on Friday but... massive haul

Treated myself to this goregous little fella! #Al

This arrived just in time as I finished #Persona5S

Picked this up to keep me sane while I desperately

Another fab gift, this time from @olipelliccio! I'

Another gift in the post — this time from @mrsg2

Had to be done! Now I just need to find the time t

I've felt so ill for days and have barely left my

Got a new bookshelf to house loads of my books! So

Someone I know was bought this for Christmas and I

Super spoiled yesterday with lots of books from va

Little treat for myself to go with my other poison