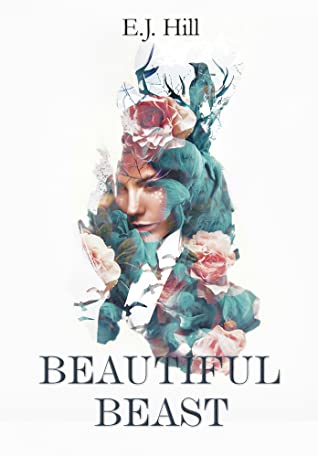 My name is Kalista. They call me the beast. Kalista has been cursed by a powerful sorceress and is now a prisoner in her own palace. As petals fall from an enchanted rose, her fate and the sorceress’s victory draw nearer. But Kalista refuses to be defeated so easily and uses her own magic to push against the bindings. Yet what if it is not enough and the only way the curse might be shattered…

I received a review copy for free, and I am leaving this review voluntarily.

This book is very well written and the descriptive way in which Hill creates the world is very enamouring. The characters were strong and independent, making them more likeable. The most intriguing thing was the setting, with magic being a “norm” and some people being born with it, as well as the magical world, especially the four quarters of the forest.

My only real dislike came early on and fizzled out a bit, and that was the nods to the Disney version of Beauty and the Beast. Some people may have liked this, but I wanted something that stood apart from that, rather than relying on the French guy with the candelabra and the guy with the pocket watch trope.

I love re-tellings of well-known fairytales, but I can’t help but wonder if I would have enjoyed this more if I hadn’t already read Sarah J. Maas’s A Court Of Thorns and Roses series, which also turns the enchantress/the person who bestows the curse into the enemy as the main twist from the original tale. There were also other similarities, naturally, and it’s hard not to compare the two.

However, this was the first time I’ve read a re-telling of this fairytale where the woman is the “beast”, which was refreshing. The downside was not much else really gave a twist on the tale, perhaps the slight difference in the way the curse is broken? But other than that, you know exactly what is coming and so it’s hard to be “gripped” by the story or surprised.

The ending is clearly set up for a sequel as there are some things left loose, so I would hope the originality of the world Hill has created makes more of an appearance in the sequel. I was disappointed there was no comment on the fate of the servants at the end of the story.

I was torn between giving this book three or four stars, as it is well-written and there’s nothing wrong with the retelling if you just want another Beauty and the Beast story, but I was hoping for more – for a little more originality to make it different from the original tale and something to surprise me.