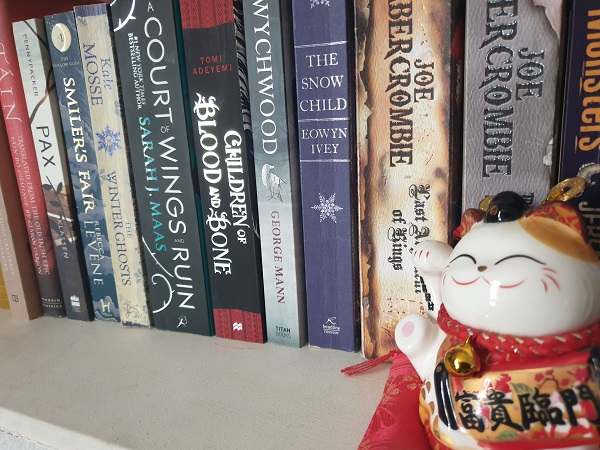 This year is passing by really quickly! Which isn’t necessarily a bad thing considering it’s been a bad year for everyone in the world. The strangeness doesn’t seem to end as we are faced with new choices to make as different holidays swing by, most recently with us having to decide what to do for Halloween. Ultimately, we decided we wouldn’t be taking our son trick or treating. It’s just not worth the increased risk and exposure for some sweets. Instead, we’re going to stay in and have a little Halloween-themed evening of our own. Hocus Pocus is most definitely on the cards.

In writing news, I am touched by the lovely feedback and comments I am getting about Vulpini. It really means a lot to me and I am so glad that people are enjoying it! I have been reaching out to book bloggers and reviewers and offering review copies, which is a more arduous task than I originally thought to be honest. There are also quite a lot of book reviewers who won’t touch an independently published book at all. It’s a bizarre situation to be firing off emails trying to upsell my story, it feels like I’m querying all over again!

On that note, I decided I would start reviewing some books for my own pleasure. To that end, I dug out a bunch of my books that I’ve been meaning to read for absolutely ages and I plan to sit and read them properly now. I’m going to dedicate some time each week to reading and I’ll be putting up reviews on here, Amazon and Goodreads. I’ve recently read and reviewed two indie titles, They Mostly Come Out At Night and Beautiful Beast. Others I have picked out to read include new purchases, big releases I meant to read as they arrived… yet didn’t and they’re now old news, and a good few charity shop finds that grabbed my eye way back when (before Covid-19).

I’ve also signed up to NaNoWriMo this year, with the plan being to take one of my pre-existing short stories and shape it into a novel! It feels strange to not be dedicating NaNoWriMo to my The Remnants of the Old Gods series this time, as I completed my draft of Wolfrik last year.

I haven’t had much time for games lately, so updates there I’m afraid! Of course, the Xbox Series X releases next month and I’m especially looking forward to Yakuza: Like A Dragon!