REVIEW: To the North 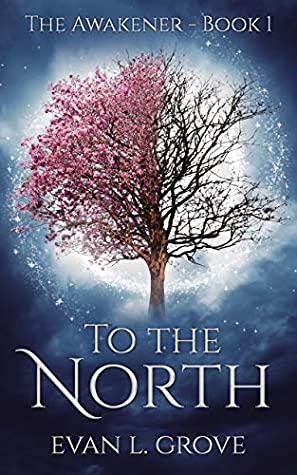 Emily Lee wants nothing more than to live her life in peace, safe in the comfort of home with her father. But when he falls prey to dark magic, trapping him and countless others in a foreign land, she is forced to take action. Compelled only by the desire to save him, Emily travels to the northern nation of Odelia in search of a means to free her father from his terrible curse.

I received a review copy for free, and I am leaving this review voluntarily.

This is the first in The Awakener series and Groves manages to describe the world in such a vivid way that you can easily imagine everything as if you were really there. The characters are well crafted and complement each other, with a wide variety of fictional races and different personalities making this a very interesting read. I particularly fell in love with the idea of races based on different animals and would love to learn more about the history of them. To the North introduces a brand new fantastical world in an urban setting, though personally, I think you can easily go a chapter or two forgetting how modern it is supposed to be until something modern is mentioned as a lot of it would fit into an older setting too. That’s not a negative, it serves as a good juxtaposition between the more magical aspect of the world and the non-magical aspect of the world, as you have one character using magic to get around, while the non-magic user has to use a taxi.

I struggled to get into this book straight away as it’s a very slow burn at the beginning, but it definitely grips you more the further into it you get. Just as I was approaching the halfway mark was the point where I couldn’t put the book down and just kept on reading. There were a couple of plot points that were obvious to the reading when I think they weren’t supposed to be, but there’s plenty of mystery and intrigue to keep you wanting more. On that note, the book does end on a cliffhanger — I don’t mind cliffhangers in general, but it would have been nice to have a couple more things wrapped up by the end to give a better sense of closure.

I definitely would read the next in the series, but I gave it a 3.5 instead of a 4 because of how long it took me to get into the book.